is not a video entry

In her local area, there was a very high mortality rate of backyard poultry due to the highly contagious Newcastle Disease. Now, Jayanti provides affordable doorstep vaccinations and de-worming. As a result, poultry numbers have risen, there are almost no incidences of disease, and poultry keepers’ incomes have increased.

“We are bridging the gap between rural farmers and para-veterinarians,” Jayanti states proudly. As an unmarried woman, Jayanti has appreciated the opportunity to earn her own income, particularly as she can now support her younger brother’s education. 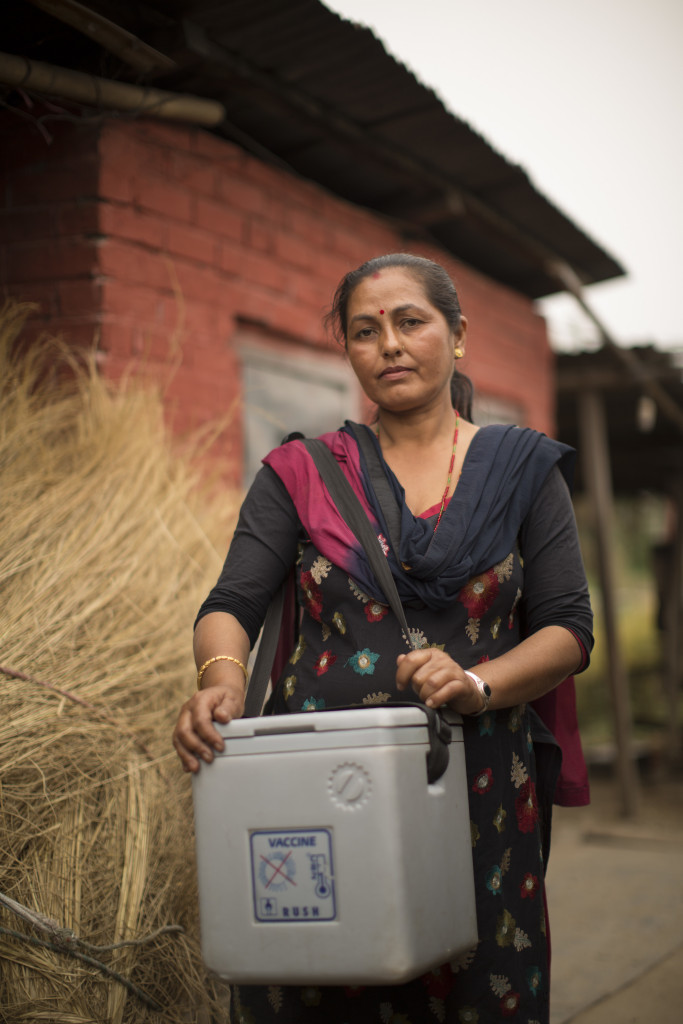 Assisting rural communities from within
In order to help get CAHWs officially recognised in a legal framework, GALVmed is working with like-minded organisations, such as Heifer International and South Asia Pro Poor Livestock Policy Programme, PRADAN, amongst others. For example, GALVmed conducted a landscaping study to look at the role of non-state actors in the delivery of veterinary services in six states in India, Nepal and Bangladesh and also in sub-Saharan Africa. Using a ‘greater inclusion’ approach, GALVmed has also held various workshops with women farmers to discuss the challenges and constraints they face in accessing veterinary health products and services.

By inviting local veterinary departments to sessions with women farmers, GALVmed has helped to highlight the vast gaps that currently exist in rural animal health care. “Firstly, women farmers have not been aware of vaccines available for poultry diseases. Secondly, the appropriate vaccines are not available in areas where they live. And thirdly, there isn’t a vaccinator,” explains Mamta. Having women clearly express that they are not receiving veterinary services for poultry and goats helps to highlight this gap to state representatives. “These effective government meetings should happen regularly to ensure new veterinary department staff are aware of the ongoing issues,” adds Govinda Hembram, a CAHW from Badabila village in Mayurbhanj district, India.

Three clear areas where CAHWs have expressed challenges in include: (i) gender-related barriers to becoming CAHWs and performing the role; (ii) resources for maintaining a cold chain for vaccinations; and (iii) legal protection for their work; the latter relating directly to advocacy and policy. “If there was one thing I could change for CAHWs it would be that they have legal status from the government veterinary department,” explains Jayanti.

Small steps, big changes
“In the past five years, I have seen a lot of change in how decision-makers are perceiving the issue of CAHWs, as well as increased investment of government public resources in small animals like poultry, goats and pigs,” says Mamta. Jayanti has also seen a lot of changes in the areas where she works: “Backyard poultry keepers’ awareness of vaccinations has greatly increased. There are now higher numbers of healthy poultry and farmers’ income has improved.” Recently, the Indian Government held its first roundtable on a standardised training curriculum for CAHWs. “This in itself is a very good outcome,” acknowledges Mamta.

In light of this, opportunities to formalise the role of CAHWs are increasing. The Government of India and Agriculture Skill Council of India are currently collaborating in developing national standards for skill-based occupations, including CAHWs; this could have huge potential, should it be ratified. “Organisations like GALVmed can only advocate for change. Ultimately the decision has to come from government, which takes time. All the small steps that are happening will lead to a bigger change, when work we are doing now becomes visible in years to come,” concludes Mamta.